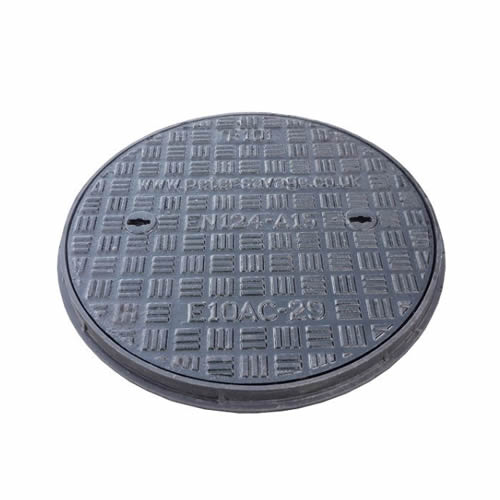 YOUR COMPREHENSIVE GUIDE TO SELECTING THE RIGHT MANHOLE COVERS.

Manhole covers can be found pretty much everywhere these days, you name it; there’s probably a manhole cover in it or nearby.

Despite being relatively common and widespread, no-one really takes an interest in manhole covers (surprisingly). Well, that is unless you’re the Labour party leader Jeremy Corbyn, who apparently enjoys observing and collecting manhole covers… But that’s another story.

Because of this, when it comes to selecting a suitable manhole cover, most of us are left in the dark, quite literally, so here’s a few handy manhole tips to help you out.

It’s pretty obvious, but a manhole cover is essentially a removable plate forming the lid over the opening of a manhole. This prevents anyone or anything from falling in, as well as keeping unauthorised people out.

What Size Do I Need?

This is often a source of misunderstanding, but manhole covers are manufactured and listed by their ‘clear opening size’, which is essentially the size of the hole that the cover is to span, not the actual diameter of the manhole cover.

It is important that the correct size is sourced, too small and the manhole cover will likely fail. Having the cover too big can be ok, unless the cover has reinforcing on its underside. However its best practice to source the correct sized cover.

No seal – The cover is usually just placed on top of its frame and that’s that. It is normally heavy duty, cast iron or slide out covers that are unsealed.

Single seal – Most manhole covers manufactured these days are single sealed. It is essentially a tongue and groove joint which is airtight when sealed. The cover surround is normally filled with grease which helps form the seal.

Double seal – This is simply a double tongue and groove joint, which, as you would expect, forms a more comprehensive seal. Again this form of seal prevents air from escaping, providing the manhole is not under pressure. The double seal is often used when foul drainage manholes are situated within buildings.

Solid top (flush): These covers fit flush with the ground and the whole of the cover is visible.

Recessed: Recessed covers have an insert tray which is used where block paving, tiling or any type of infill is required. This leaves only a few mm of the frame visible.

Cast & Ductile Iron: similar to solid top flush fit covers, although there is a sub category for gully gratings etc.

A15 – For areas only accessible to pedestrians and pedal cyclists.

B125 – Suitable for driveways and areas accessible by vehicles.

Class A – suitable for pedestrian usage.

Class AA – suitable for vehicular traffic up to 5 tonnes.

Class AAA – suitable for vehicular traffic up to 10 tonnes.

Check our our full range of covers here

As an approved "Real Deals For You" stockist we have a huge selection of fantastic deals for you this year, featuring tops brands as shown...

The impact of the great new super lightweight safety boot style Blitz heralds a new identity for our Largo Bay product grouping which becomes Tradez™ with...

YOUR COMPREHENSIVE GUIDE TO SELECTING THE RIGHT MANHOLE COVERS. Manhole covers can be found pretty much everywhere these days, you name it; there’s probably a...

Efficiency. It seems to be the buzzword of the moment. Everything has to be energy efficient, from cars to light bulbs. Opinions are divided on...

We use cookies on our website to give you the most relevant experience by remembering your preferences and repeat visits. By clicking “Accept All”, you consent to the use of ALL the cookies. However, you may visit "Cookie Settings" to provide a controlled consent.
Cookie SettingsAccept All
Manage consent

This website uses cookies to improve your experience while you navigate through the website. Out of these, the cookies that are categorized as necessary are stored on your browser as they are essential for the working of basic functionalities of the website. We also use third-party cookies that help us analyze and understand how you use this website. These cookies will be stored in your browser only with your consent. You also have the option to opt-out of these cookies. But opting out of some of these cookies may affect your browsing experience.
Necessary Always Enabled
Necessary cookies are absolutely essential for the website to function properly. These cookies ensure basic functionalities and security features of the website, anonymously.
Functional
Functional cookies help to perform certain functionalities like sharing the content of the website on social media platforms, collect feedbacks, and other third-party features.
Performance
Performance cookies are used to understand and analyze the key performance indexes of the website which helps in delivering a better user experience for the visitors.
Analytics
Analytical cookies are used to understand how visitors interact with the website. These cookies help provide information on metrics the number of visitors, bounce rate, traffic source, etc.
Advertisement
Advertisement cookies are used to provide visitors with relevant ads and marketing campaigns. These cookies track visitors across websites and collect information to provide customized ads.
Others
Other uncategorized cookies are those that are being analyzed and have not been classified into a category as yet.
SAVE & ACCEPT
Join Waitlist We will inform you when the product is back in stock. Please leave a valid email address below.